In the 2021/22 season the Latvian cellist Magdalena Ceple has been appointed the solo cellist of the prestigious Baltic chamber orchestra Kremerata Baltica under the baton of Gidon Kremer. Her latest passion is baroque music – she is one of the four academists of the ASAM Baroque Academy at the Hofkapelle Munich under the baton of Rüdiger Lotter and from the winter semester 2021/22 she is also pursuing her second master’s degree specializing in the Baroque Cello at the University of Music and Performing Arts Munich.

Magdalena is a truly versatile musician, and Gidon Kremer has claimed, that “she definitely has a signature – something rarely seen among the so called rising stars of today.” She plays various genres and styles of music from classical to jazz, and also enjoys performing contemporary music. As a member of the Zerkalo Quartet string quartet in Brussels she has premiered an immense amount of new music, playing it in experimental programs mixing up classical quartet repertoire and contemporary music and expanding the boundaries of classical music. In 2020 she recorded György Kurtág’s music for solo cello at the Deutschlandradio.

She has been working closely with the pianist Jelizaveta Vasiljeva as a duo performing classical repertoire. They met while still studying at Emīls Dārziņš Music School in Riga, and in their collaboration both young artists often initiate unique and experimental interdisciplinary projects combining classical music with the modern dance or theatre. As a duo they have performed at the Musik@cetera in Lubeck, in der Laieszhalle in Hamburg, in the Tschaikovsky Hall in Hamburg, in the Sendesaal Bremen and elsewhere. One of the personal highlights for Magdalena in the field of interdisciplinary work was the project Anne Teresa De Keersmaeker – Verklärte Nacht – a choreographed and staged version by Anne Teresa De Keersmaeker of Arnold Schoenerg’s music with the Ictus Ensemble and Rosas dancers in Paris in 2018.

Magdalena Ceple was born in 1994 in Riga, Latvia. Her musical path began accidentally*, and she received her first cello lessons at the age of eight at the Emīls Dārziņš Music School in Riga with Maija Prēdele. She studied at the Latvian Music Academy with Eleonora Testeļeca, at the Royal Conservatoire of Brussels with Marie Hallync, at the Conservatoire L’Hay les Roses in Paris with Romain Garioud and in 2021 she graduated from the Lubeck Academy of Music where she studied with Troels Svane and received her master’s degree in cello performance. Currently she is pursuing her second master’s degree in Baroque Cello at the University of Music and Performing Arts Munich under the supervision of Prof. Kristin von der Goltz.

Further inspiration came from masterclasses with various teachers, including Sol Gabetta and Jérôme Pernoo. Magdalena has won local and international competitions, among which the 2015 chamber music prize by the Compagnie der Schwarzen Häupter in Bremen, Germany. She was also awarded the 2016 Young Musician of the Year award by the Latvian Music Academy. In 2019 she was chosen to be one of the academists of the Seiji Ozawa International Academy Switzerland, touring Switzerland, France and Japan.

*Magdalena was not born into a musical family. Only her grandmother, who came from Belarus and was praised for her exceptional voice, used to be a choir soloist in her youth. Life turned out differently for her grandmother and she wasn’t able to have a musical career, but instead worked as an engineer and moved to Riga in Latvia. Magdalena was already attending the first grade at the Riga Secondary School No. 34 when her grandmother accidentally bumped into an old acquaintance of hers – a professional pianist who at that point was cleaning the streets of Riga. She offered to give the granddaughter piano lessons and Magdalena still remembers how afterwards, due to exhaustion, the keyboard seemed to be circular and spinning! At some point the piano teacher mentioned the Emīla Dārziņa Music School for especially gifted children in Riga to Magdalena’s grandmother. She said that it is very prestigious but not worth bringing Magdalena there as she was already too old, and it would most likely just be a waste of time. But that only sparked her grandmother’s interest (and stubbornness) and she took Magdalena to the entrance exams. The academic year was about to start in less than a month, and Magdalena was indeed deemed to be too old to begin to play the piano or the violin, but as there were no young cello players admitted for the second year in a row, they decided to test her musicality and auditory skills. Apparently, because of her perfect pitch, her musicality and the lack of cello students she was admitted to the school, and this is how, under the supportive guidance of Maija Prēdele and Dina Atte, Magdalena began her musical career. 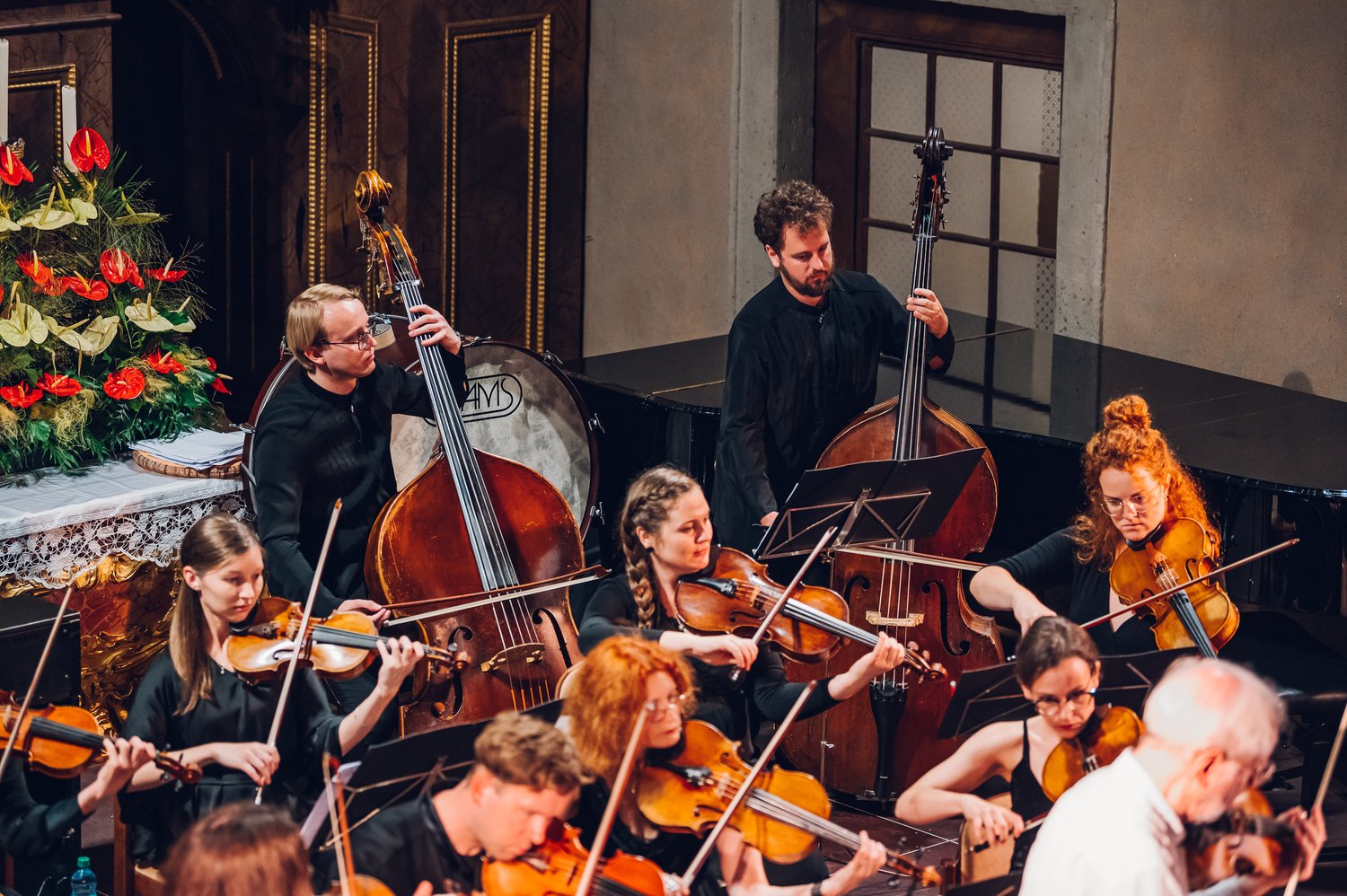